If you’re looking to buy Video Spin Blaster Pro, you’re probably looking for a solution to at least one of these 3 specific problems.   1 – You’re in need of a reliable tool to can quickly generate lots of UNIQUE copies of videos so that you can laser target and dominate YouTube for hundreds of keywords. 2 – You want your videos to have voice, but you’re either too shy to use your own, or you just want a straightforward and realistic text-to-speech solution so that you can avoid the hassle of doing the voice-over yourself. 3 – You want an easy to use video creator, that lets you quickly create videos from slides, images and other videos.

So, does Video Spin Blaster Pro Plus solve these problems?

Short answer… Definitely. And if you’re an internet marketer who wants to easily take over and dominate a specific niche in YouTube to get mass views for free, then Video Spin Blaster is going to be an invaluable tool in your arsenal. However, it might not be for everybody. So, read the rest of my Video Spin Blaster Pro Review to see if it’s right for you. 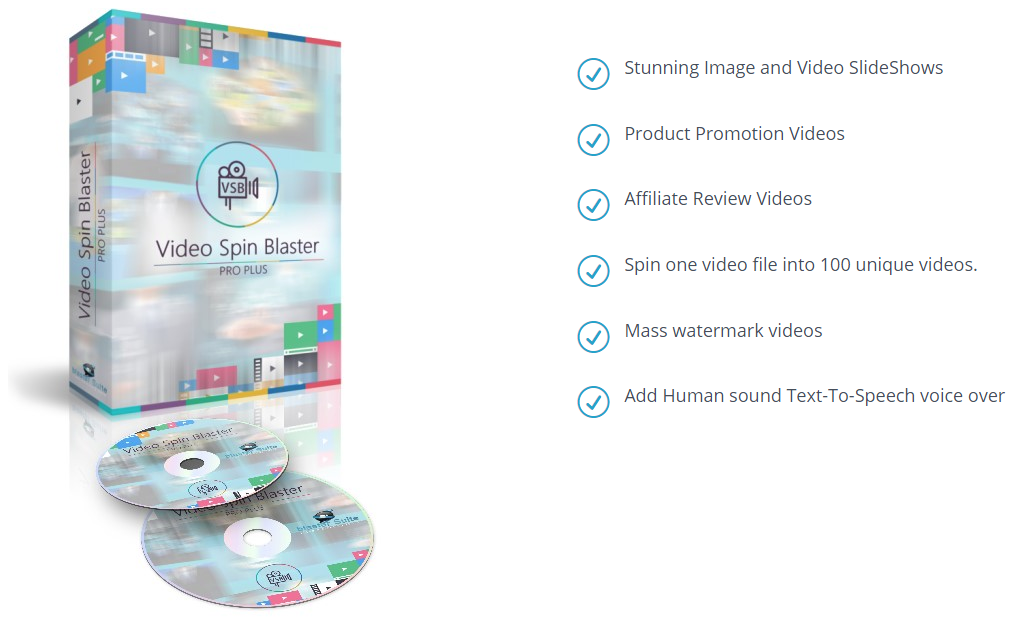 Video Spin Blaster Pro is a multi-purpose software that lets you quickly create fully-voiced videos, which you can duplicate into thousands of unique copies for mass upload and domination in YouTube. It’s been THE go-to software for a lot of the big-time marketers, who combine it with Video Marketing Blaster to completely dominate a niche with YouTube Videos. 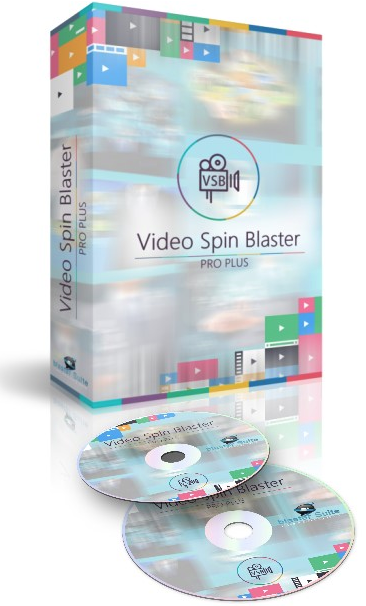 It’s made by the guys at Blastersuite. These aren’t some amateurs who’ve gotten lucky. They’ve produced a whole suite of well supported tools to help you get better results with video.   Now that you have a quick overview of what Video Spin Blaster is about, I’m going to now talk about its main features, and how this will benefit you.

There are other features. However, I only use it for these 3, so that’s what I’ll be talking about.

The video spinner lets you take ANY video and then duplicate it as many times as you want. Each copy will be unique, so you can upload copies of the same video without worrying about being blocked by YouTube. The Video Spinner also let’s you enter in the different names for videos so that you can save time and not have to manually edit the names later. Being able to spin and mass upload videos is probably the easiest way to target and rank for a variety of keywords using the “same” video.

As you know, videos with voice generally outperform videos without voice. Maybe you’re to shy to use your own voice, or maybe you just don’t want to because it’s quicker using a text-to-speech solution. Whatever the reason, Video Spin Blaster Pro makes it easy for you to add realistic voice to all your videos so that they perform better. It comes with over 50 male and female voices, in over 10 different languages.

I honestly wasn’t expecting much from the video creator. I have other video creation software, so I wasn’t planning on using Video Spin Blaster to create videos from scratch. I was pleasantly surprised. The video creator is actually very smooth and works extremely well. 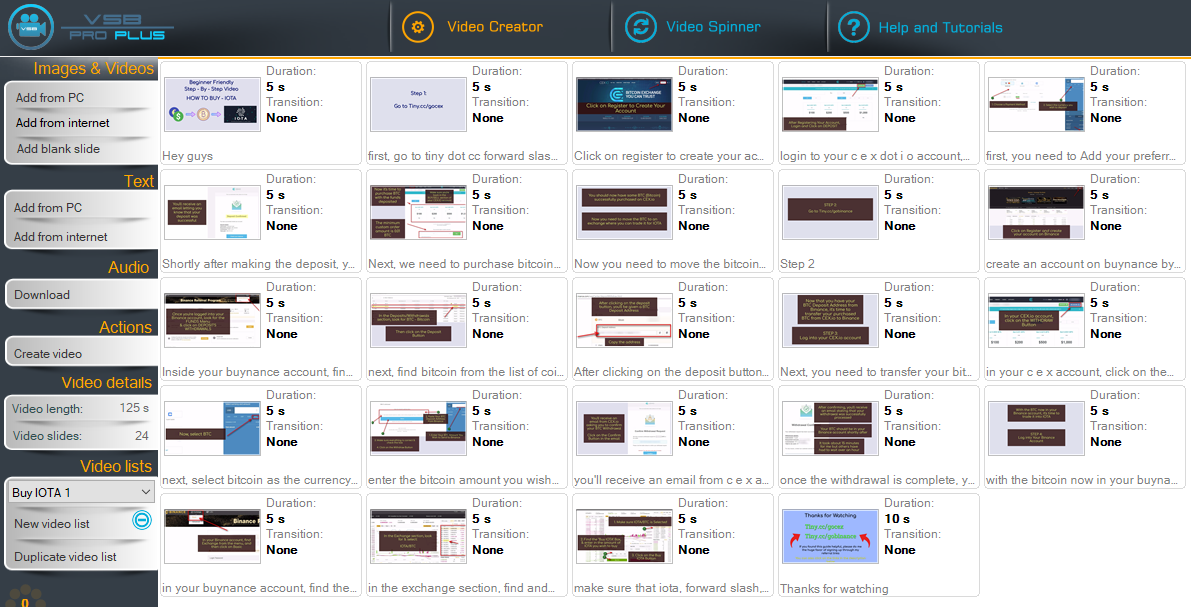 Creating a video in VSB is quick and easy

In a nutshell… Whenever you upload an image, video or slide, the video creator puts it into its own “box”. Here you can set the duration, as well as adding in the voice. The duration of each box can also automatically adjust according to the duration of the voice. This makes it extremely easy, and quick to create new videos.   Overall, the video creator, video spinner and text-to-speech generator are excellent and will allow you to quickly create and duplicate fully-voiced videos efficiently for complete YouTube takeover. Most competitors I’ve seen, don’t offer all of these features together, and definitely aren’t as polished. With frustrating bugs being a common theme. Which is why Video Spin Blaster Pro is well worth it, and offers excellent value for the price.

Of course, no video software is perfect, and Video Spin Blaster is no exception. However, I didn’t notice anything that would make me regret the purchase. And there’s NO reason that would make me hesitate recommending it to you. Personally, I would like it if they looked at improving a few of the voice accents. Some sound a little too robotic for my liking. However, most of them are great. One solution I found to be pretty effective, is to spell the words as it sounds. For Example: If the accent you’ve selected doesn’t pronounce the word “Binance” correctly, simply change the spelling to “Buynance” in the text-to-speech portion. Play around with the spelling of the word and that should solve the problem 99% of the time. Don’t stress about it though. Some of the most popular videos on YouTube are clearly using a poor-quality text-to-speech software and it doesn’t seem to matter to all their millions of viewers and subscribers.
That aside, I want to talk about the results you can expect with using Video Spin Blaster Pro, and more specifically, some of the results I’ve managed to achieve by just making one quick video with Video Spin Blaster Pro.

Results you can achieve

Depending on how much effort you’re willing to put in, you can start seeing results almost immediately after using Video Spin Blaster Pro. I was able to quickly create a video, add voice and then spin it into multiple copies for uploading to different YouTube channels for a variety of different keywords. Using it together with Video Marketing Blaster (you can read my review of it here), I was able to rank quite a number of the videos at the top of YouTube within a day. Resulting in quite a lot of video views and some nice commissions as a result. You can see one of the videos below as well as a screenshot of the referrals it generated. This was in the competitive cryptocurrency niche (a niche I know nothing about), and to this day, I’m earning decent crypto commissions. The slides were created with StepShot (awesome tool for capturing screenshots fast and editing them into guides). The rest was all done in Video Spin Blaster Pro. 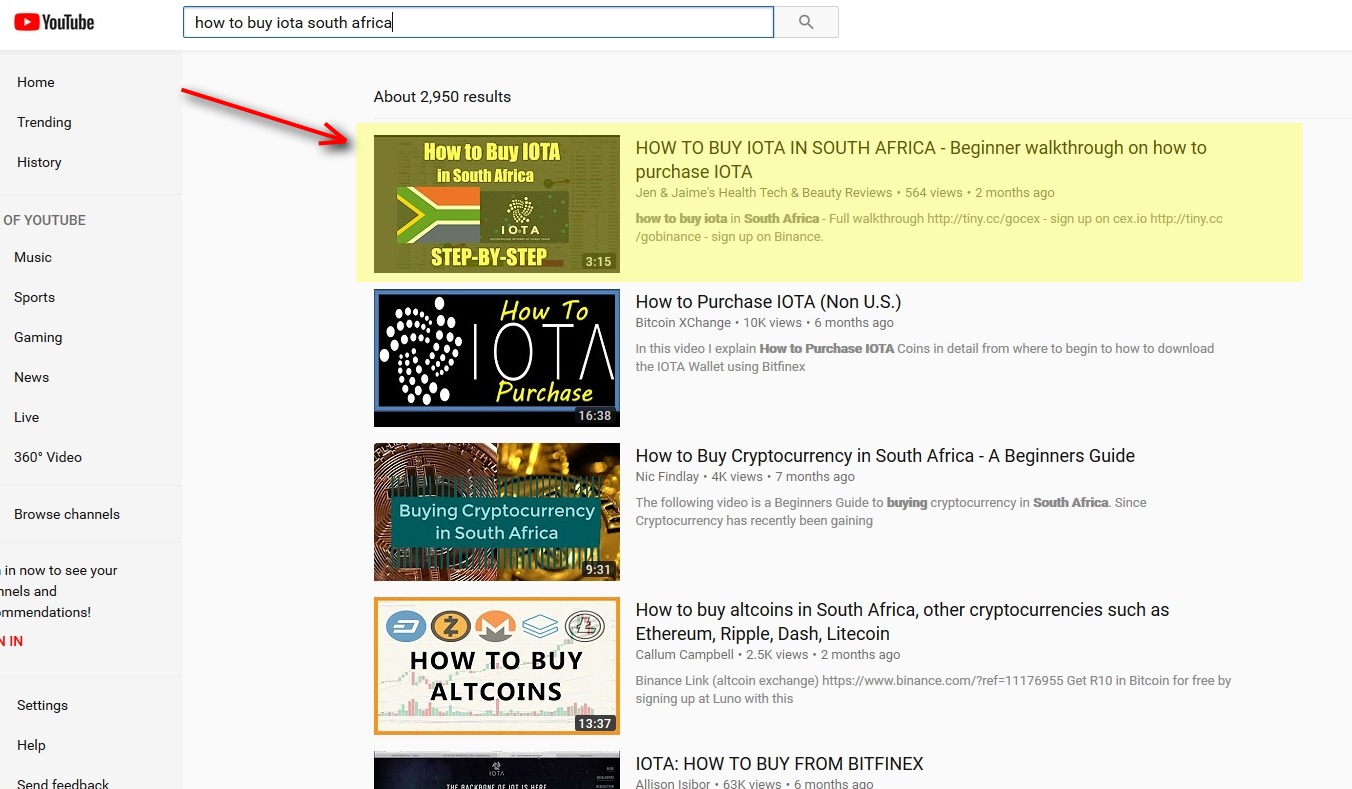 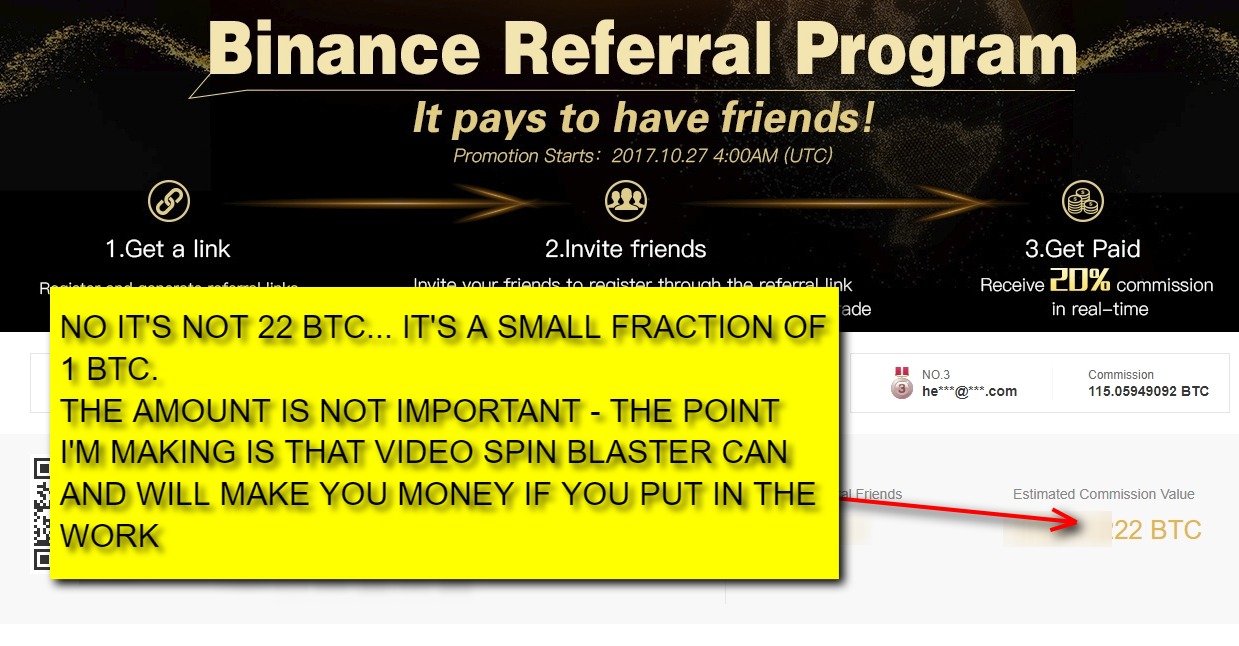 Video Spin Blaster Pro (VSB) is actually pretty affordable considering the amount of features it has. To get the maximum benefit from it, I recommend getting it together with Video Marketing Blaster (VMB). VMB will let you find hundreds of keywords and terms that are easy to rank at the top of YouTube for, and VSB will allow you to create the videos and duplicate them to target and rank for all those keywords found by VMB. A potent combo. TIP: You can get VMB for a discounted price here (when you buy VMB, it will take you to a page where you can also pick up VSB at a FURTHER DISCOUNTED PRICE)

If you plan on being successful on YouTube, I definitely recommend getting Video Spin Blaster Pro. It’s one of the essential tools big marketers are using to completely dominate their niches on YouTube. The polished video creator, text-to-speech generator and video spinning feature will give you a massive advantage over your competitors and allow you to save time, while you profit and scale.

You can check it out for yourself HERE 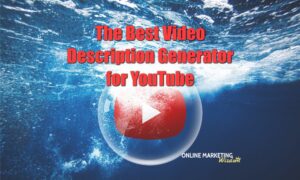 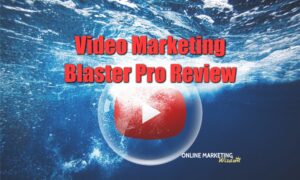